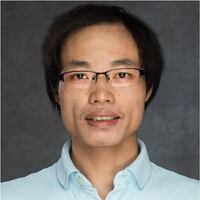 Abstract: There has been a growing interest in understanding teh role of topology in superconductivity. Much of the previous attention has been directed to engineering topological superconductivity using proximity effects. In this talk I will focus on more intrinsic superconducting materals where topology plays a role. I will talk about chiral superconductivity, which is a topologically nontrivial state and exhibits a plethora of interesting phenomena such as Majorana modes at edges and defects. In particular I will discuss two materials, Sr2RuO4 and UPt3, that have been proposed as chiral superconductor candidates in the past. The focus will be on signatures that are closely related to the unconventional symmetry breaking and topology, such as Polar Kerr effect and spontaneous edge currents. Another place where topology can be priminent is in magic-angle twisted multilayer Graphene. Here ther is evidence that the normal state that undergoes superconductivity has nontrival band topology. This is particularly relevent as one main puzzle about twisted multilayer graphene is why the superconductivity seems to occur preferentially when the bands are flat. It turns ouot this topology enhances the so called quantum geometry, and boosts the transition temperature which would otherwise be very small in a two-dimensional superconductor with flat energy bands.