In Dartmouth's centennial year of 1869, Professor Charles A. Young discovered what appeared to be a new element in the spectrum of the sun's corona. Four distinguished speakers explore not only the history and signficance of Young's discovery, but also how spectroscopy has grown into a rich, powerful technique with wide applications in contemporary astrophysics, physics, chemistry, and the earth sciences.

Sponsored by Dartmouth's 250th Celebration, and the Departments of Physics & Astronomy, and Chemistry. 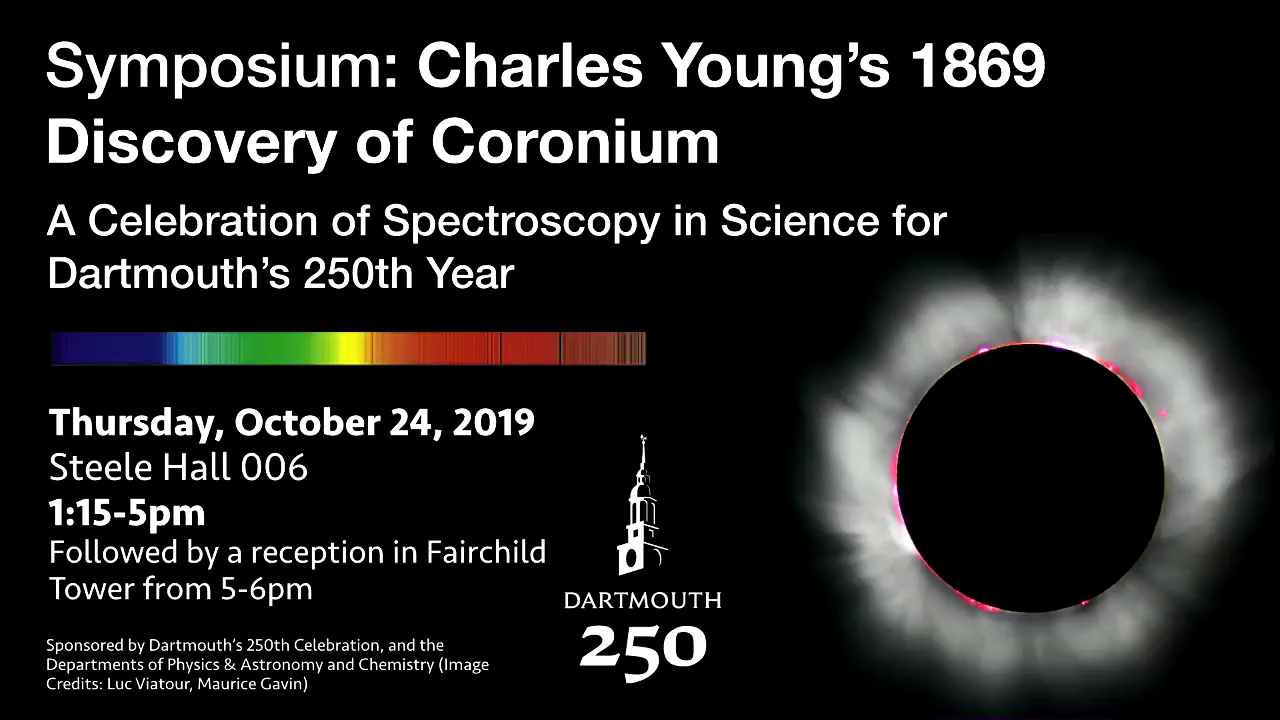 Using spectroscopy to learn about our nearest stellar and planetary neighbors

Learning about galaxies with 3D spectroscopy