Title: "A Scientist's Guide to Interacting with the Media" 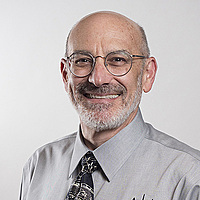 Abstract: It is the responsibility of every practicing scientist to play some role in explaining the results and value of science to our employers, the taxpaying public. Even if you don’t share that sentiment but are lucky enough to make a newsworthy discovery during your career, you’re going to have to talk to the media, maybe even on camera. If you want reporters to get the story right, you have to show up prepared.

What makes a discovery newsworthy? (Hint: It’s rarely scientific importance.) When is the right time to announce new findings, and who controls the process? How do publication embargoes work? Who do you call first with your news? What are the essential components of a press release? Of a presentation at a press conference? Where can you find help with all this? To begin to prepare you for your 15 minutes of fame, I’ll answer these and other questions about sharing your science with journalists.

Bio: Dr. Rick Fienberg is in his 11th year as Press Officer of the American Astronomical Society. Before joining the AAS staff he spent 22 years at Sky & Telescope magazine, including eight as Editor in Chief. He earned his BA in physics at Rice University and his MA and PhD in astronomy at Harvard University.

Rick is a Fellow of the American Association for the Advancement of Science and co-creator of the Galileoscope educational telescope kit, a quarter million of which are in use in more than 100 countries. The International Astronomical Union named asteroid 9983 Rickfienberg in his honor. In 2018 NASA awarded him its Exceptional Public Achievement Medal “for exceptional service to the nation in [his] tireless efforts for the public’s safe solar viewing of the 2017 total solar eclipse.”

Though trained as a professional astronomer, Rick remains an amateur at heart, observing the sky and taking astrophotos from his private observatory in Grafton, New Hampshire. An inveterate traveler, often in pursuit of total solar eclipses, Rick has visited every continent as well as both poles.