Title: "Hockey Sticks are Everywhere! The Recent Emergence of Climate Change in Greenland and New England" 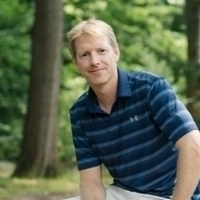 Abstract: The so-called ‘Hockey Stick’ graph of global average temperature from 1000-1998 CE became an icon, and lightning rod, for the science supporting global warming. The graph shows an unambiguous warming trend over the 20th century culminating in modern temperatures that are the highest of the last millennium. At the time of its publication in 1998, there were few other records that depicted modern climate change so clearly. However, in the ensuing two decades, ‘Hockey Stick’-like records of climate change have become far more abundant in the literature as the human-forced signal in temperature and precipitation has emerged from the noise of natural climate variability. In this talk, I will describe dramatic changes in temperature and extreme rainfall in Greenland and New England, respectively, that have emerged since the mid-1990s. We will explore the impacts of these changes, the mechanisms causing these changes, the climatological links between these two seemingly disparate regions, and what it means for the future.