Title: "SPARC and the High-Field Path to Fusion Energy" 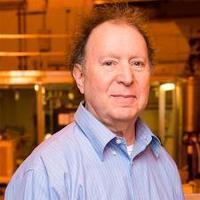 Abstract: While fusion has enormous potential as a source of safe,
carbon-free power, the current road map seems unlikely to deliver this
new energy source in time. However, the basis for a breakthrough is
here. A new technology – high-temperature superconductors - has emerged
from the laboratory into industrial maturity. Magnets built with this
conductor can achieve significantly higher fields and enable a new class
of fusion power plants that would be smaller and cheaper than those
envisioned today. With the SPARC project, MIT has embarked on a project
to test this premise. The SPARC magnetic confinement experiment will be
a deuterium-tritium burning, mid-sized tokamak – of a size and
configuration similar to many machines already in operation.  Using
well-known physics to project performance, we can expect SPARC to
produce 50-100 MW of fusion power, comfortably more than the 30 MW
required to sustain it. If successful, it would be the world’s first
demonstration of net energy from a controlled fusion plasma. SPARC is
funded by private industry, building on the foundations of decades of
fruitful, government funded research while harnessing the resources,
agility and risk tolerance of the start-up culture.