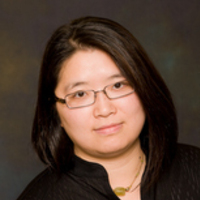 Neutron beta-decay is an archetype for all semileptonic charged-current
weak nuclear processes. It transforms a d quark into a u quark and emits an electron and an
(anti-)neutrino. As such, neutron beta-decay experiments played a pivotal role, in the 1950s,
leading towards the construction of the universal V-A theory, which served as the foundation to unify the
electromagnetic and the weak interactions. Since then, workers in the fi eld have been
developing tools, in precision polarimetry, spin manipulations, cold and ultracold neutron sources, and
pushing for more accurate determination of the parameters that describe neutron decay. The neutron
lifetime, along with neutron decay correlations, muon, nuclear and kaon decay data, can be
used to test the unitarity of the CKM matrix (which quanti es the mixing between quarks) and probe
physics beyond the standard model. Such tests are highly complementary to information that
is anticipated from the Large Hadron Collider. In cosmology, the neutron lifetime determines
weak interaction rates and therefore the helium yield of big bang nucleosynthesis.
Increased precision, however, brings out several data points of inconsistency. The value of quark
mixing Vud extracted from the neutron lifetime and the beta asymmetry differs from the value
measured using the 0+ -> 0+ nuclear decays. The neutron lifetime measured by storing ultracold
neutrons is 10 s shorter than the beta-decay lifetime measured by counting protons emerging from
a beam of cold neutrons. The latter constitutes a 4 s discrepancy, that has not been resolved with
new measurements. In this talk, I will describe these modern experiments on neutron decay and
discuss possible implications.
