Title: "The Parker Solar Probe and the Origin of the Solar Wind" 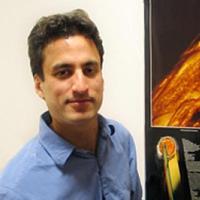 Abstract:  On August 12, 2018, NASA launched the Parker Solar Probe, which will circle the Sun in a gradually shrinking orbit, eventually reaching a point of closest approach less than ten solar radii from the Sun's center. The region between 10 and 60 solar radii from the Sun has never been explored before and includes part of the solar-wind acceleration region (the solar wind being the quasi-steady, quasi-radial outflow of plasma from the Sun). In this talk, I will review one of the current leading models for the solar wind's origin and discuss how this model will be tested by the Parker Solar Probe. In this model, the solar wind is powered primarily by Alfvén waves, which are like waves on a string, where magnetic-field lines play the role of the string. Photospheric motions, driven by convection, shake the magnetic field lines, launching Alfvén waves into the corona and solar wind. As the waves propagate away from the Sun, they are partially reflected by the radial gradient in the wave phase velocity. Counter-propagating Alfvén waves subsequently interact to produce Alfvén-wave turbulence. Turbulence causes wave energy to cascade to small wavelengths, where it dissipates, heating the plasma. This heating increases the plasma pressure, which, in conjunction with the wave pressure, accelerates the solar wind to high speeds. I will conclude by discussing additional questions that the Parker Solar Probe will address, as it ushers in an exciting new chapter in heliospheric physics.