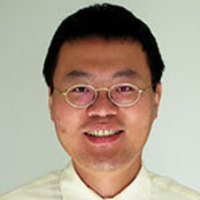 Abstract: Recent advance in cooling and trapping atoms has brought exciting quantum phenomena, including atomic Bose-Einstein condensate (BEC), superfluid, Mott insulator, and topological phases. One realistic yet ambitious goal is to use cold-atoms and optical potentials to simulate and complement electronic devices, and this leads to a thriving field called atomtronics. In contrast to electronic systems, cold-atoms are charge neutral and isolated from their environment. Moreover, strong quantum effects drastically alter transport properties of cold-atoms. I will first review breakthroughs in the study of quantum transport using various cold-atom systems and contrast theoretical descriptions in open- and closed- system approaches. Naïve applications of transport theories of electronic systems to cold atoms may lead to incorrect interpretations. To demonstrate similarities of physics across various fields, I will discuss the phenomenon of negative differential conductance, which has been studied in plasma and solid-state systems. By tuning the interaction and chemical potential of cold-atoms, negative differential conductance can also appear in quantum transport of cold-atoms.

Short bio of the speaker: Chih-Chun Chien got his PhD from the University of Chicago in 2009. He moved to Los Alamos National Laboratory, first as a director funded fellow and then an Oppenheimer fellow. He is currently a physics assistant professor at University of California, Merced, working on theoretical atomic and molecular physics. His research covers ultracold atoms, superfluids and superconductors, quantum and thermal transport, and mathematical physics.