Title: Dartmouth and its Shattuck Observatory: Science and Identity at a 'Small College' From 1848 to 2018." 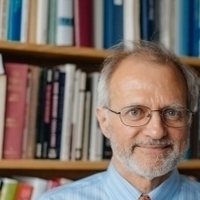 Abstract: Opened in 1853, the Shattuck Observatory represented Dartmouth College’s first major investment in the infrastructure of science.  It also represented Dartmouth’s first effort to measure itself against a worldwide movement that was creating astronomical observatories at universities and other educational institutions.  By building an observatory equipped with the latest apparatus from Europe, Dartmouth had turned from the local to the global.  The subsequent history of Shattuck Observatory, however, reflects Dartmouth’s on-going struggle, after 1853, to define its identity in a period when some of America’s 19th-century “small colleges” became universities.  The history of Shattuck Observatory, thus, is not only about astronomy at Dartmouth; it also concerns choices made by Dartmouth faculty, administrators, and trustees about the identity of the College.