David McGaw is a physicist and electronics engineer.  He has been connected with the Dartmouth Department of Physics and Astronomy since taking courses when he was a student at Hanover High School.  He studied Physics at Princeton University and received a Master of Arts degree in Physics from Dartmouth in 1985.  For many years he worked in the professional audio industry, including positions as a Senior Hardware Engineer on the Synclavier Musical Performance Instrument and Digital Audio Workstation originally developed here at Dartmouth, as a Senior Applications Engineer for digital and analog audio products at Analog Devices and as an independent consultant.  He has been in his current position at Dartmouth since 2006, designing and building scientific instruments for the study of the Earth's ionosphere, aurora and radiation belts involving ground-based research and sounding rockets with Professor Jim LaBelle and high-altitude balloons with Professor Robyn Millan.  He is a member of the Springfield Telescope Makers, hosts of the annual Stellafane Amateur Telescope Makers Convention, holds an amateur radio Extra Class license and is a member of the Twin State Radio Club, is a fiddler, guitarist, singer and composer and is an International Folk dancer and Contra dancer. 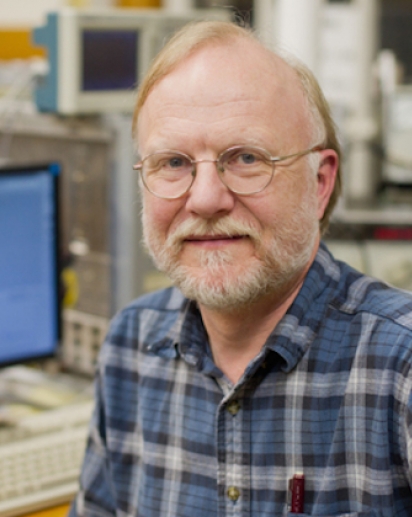