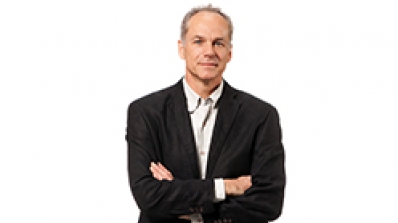 In an NPR 13.7 Cosmos & Culture blog post, Dartmouth’s Marcelo Gleiser writes about the new biopic The Theory of Everything, and its subject, astrophysicist Stephen Hawking, whom Gleiser first met in 1987 at Fermilab, a physics center 40 miles west of Chicago.

Gleiser, a professor of physics and astronomy and the Appleton Professor of Natural Philosophy, takes note of a “superb performance by Mr. Redmayne and a screenplay that captures the excitement and angst of basic research. I’ve been to countless talks by Hawking and have been around him enough at conferences and dinners to be able to compare; Redmayne really looks and acts like Hawking. I wonder what Stephen thinks of seeing himself portrayed on the screen.”

Gleiser writes that Hawking’s “three main scientific results make an appearance, just enough so that the viewer understands the extent of his brilliance without turning the movie into a physics lecture. The first, obtained as part of his PhD work, proves that the Big Bang is a singularity of space and, most importantly, of time, a point where the cosmic history began.”