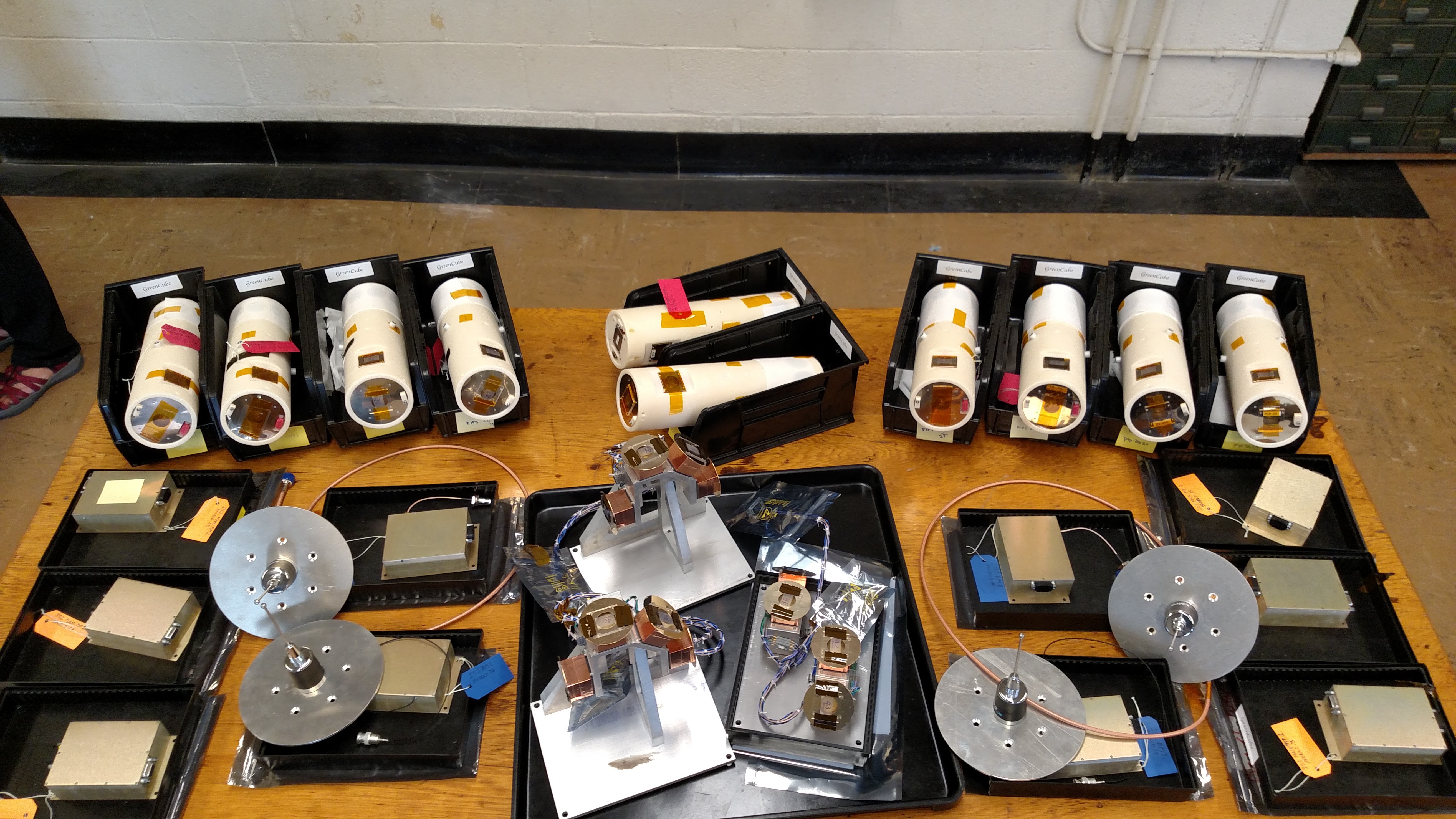 The in situ measurements of plasma parameters at multiple locations will be stitched together using ground based measurements and data assimilation to produce a localized map of plasma parameters and gradients. The information gained in this process is also being applied to a CubeSat swarm concept to sample the aurora via localized multipoint measurements on orbital spacecraft. The multipoint measurements of auroral ionosphere are made using the PIP (Petite Ion Probe) retarding potential analyser sensor. The PIPs are carried by 4 deployable payloads known as Bobs. The Bob payloads are ejected from the main payload using springs. Each Bob payload contains an Arduino and associated shield board as a spacecraft bus, an inertial measurement unit (IMU) for attitude information, 2 PIP sensors, a rechargeable battery pack for power, an LED beacon package, and a crossed-dipole antenna for transmission of data back to the main payload. Data from the separable payloads is transmitted back to the Bob-mains onboard the main payload, which capture the data from the ejectables via the DNT 900 radio link, and pass the data to the main payload TM. In addition, six PIPs will also be located on the main payload, and their data will be passed to Wallops TM through onboard Arduinos and shields. The main payload also carries a precipitation sensor Acute Precipitating Electron Spectrometer (APES), a scientific magnetometer, and a thermal electron plasma sensor, Electron Retarding Potential Analyzer (ERPA).

A significant ground-based sensor array, including the use of PFISR, and a modelling/assimilation analysis, complete the mission.