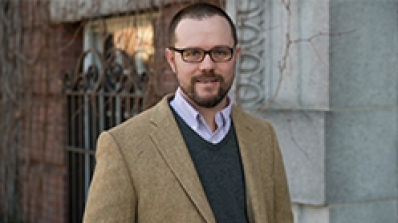 Topic: "The dark and the light: Black holes, dark matter halos, and their influence on galaxy evolution"  (Video)

Abstract: A remarkable success in astrophysics in the past decade has been the emergence of a physical framework for how galaxies form and evolve over the history of the Universe. I will focus on some interesting and perhaps unexpected elements of this picture: how the gravitational potential of the dark matter halos that surround galaxies, as well as the energy released by growing supermassive black holes at their centers, can profoundly influence the physical state of interstellar gas and the formation of stars. We are just starting to explore these processes in detail with observations, thanks to powerful new telescopes and multiwavelength surveys. I will describe some recent studies that reveal the links between galaxies, their growing black holes, and their host dark matter halos, and will describe a new statistical technique we have employed to make the most accurate measurements to date of the spatial clustering (and thus dark matter halo mass) of rapidly growing black holes and powerful star-forming galaxies. Finally, I will describe the prospects for new ground- and space-based observatories to yield crucial insights into the joint evolution of galaxies, black holes, and dark matter halos.